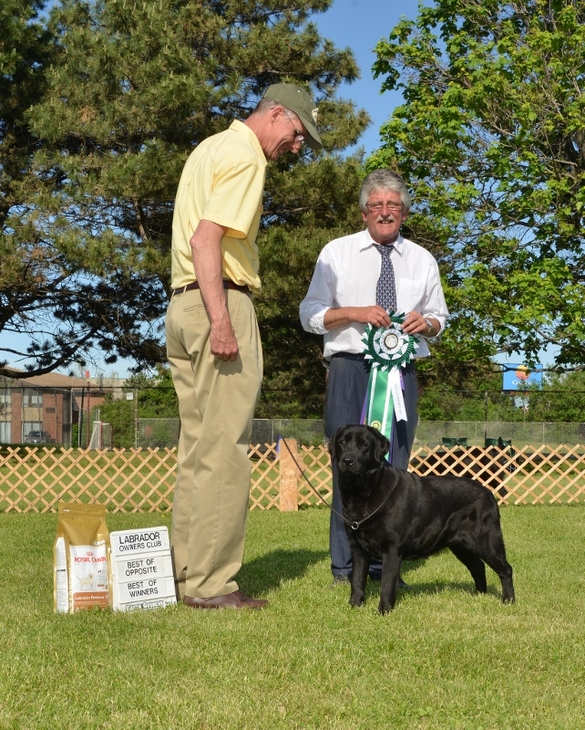 Attie won the Bred By Exhibitor class, and went on to be Winner's Bitch, Best of Winners, & Best of Opposite Sex at the 2014 Labrador Owners Club Specialty in Ontario, under judge Tom Grant, Simandem Labradors, from the U.K (picture above) 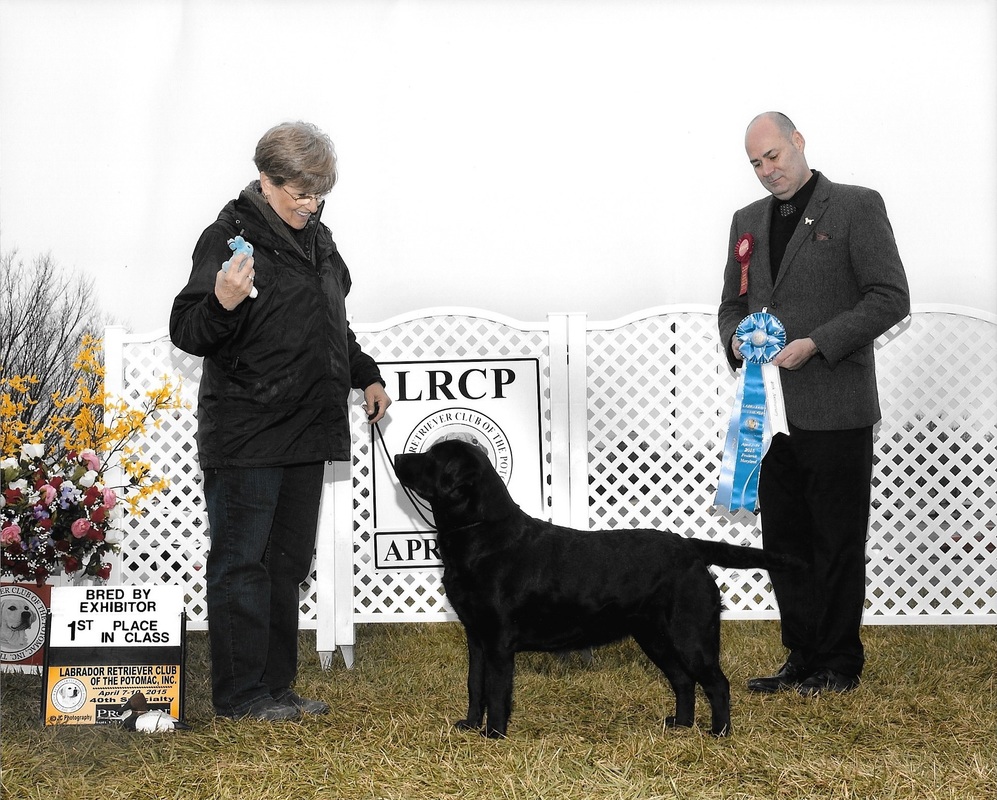 Attie won the Bred By Exhibitor (black) class at the 2015 Labrador Retriever Club of the Potomac, with a class entry of 37. She then made the cut to the final 8 for Winner's Bitch, out of more than 300 bitches.